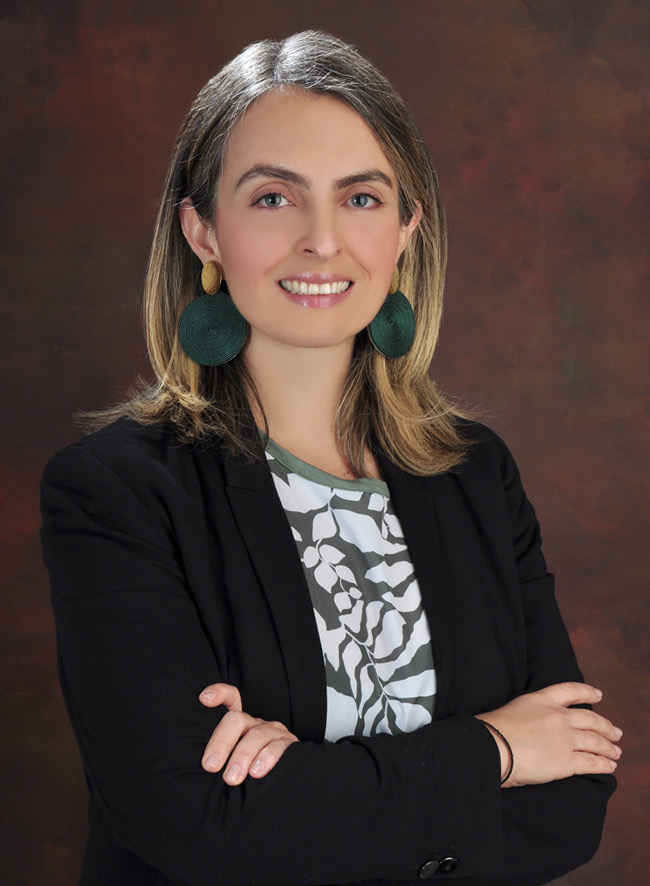 Social Sharing
Ana Carolina works closely with thematic and regional program staff across NRGI to advance strategic priorities and drive reform in the countries where NRGI operates. She leads targeted efforts to increase the impact and effectiveness of NRGI’s work by strengthening political economy and contextual analysis, as well as by connecting research, capacity development, grantmaking and advocacy at multiple levels. Ana Carolina oversees designated strategic portfolios such as gender, youth and communities, and supports NRGI’s work on the energy transition.

Ana Carolina has nearly 20 years of academic and professional experience in development, especially in relation to resource governance, communities’ participation, climate change and the energy transition. She has been a visiting researcher at Columbia University in New York and at the Universidad Catolica in Peru. She is currently an associate researcher at the Universidad Externado de Colombia. She has worked as a research and project consultant with the United Nations Development Programme, the International Finance Corporation, the Inter-American Development Bank, Transparency International—Colombia, NRGI and the Stockholm Environment Institute. She was a member of the international board of directors of the Extractive Industries Transparency Initiative (EITI) and the national EITI committee in Colombia, and she co-founded a coalition of civil society organizations and a non-governmental organization in the field of governance. Most recently, Ana Carolina worked as a Senior program officer of the natural resource and climate change program of the Ford Foundation, where she managed grantmaking monitoring, and convening activities for the global initiative. She actively contributed to donor collaborative platforms working on climate change, communities’ land rights, transparency, accountability and energy.

Ana Carolina is from Colombia. She holds a Ph.D. in political science and two master's degrees—in development and in comparative politics— from the Institute of Political Studies in Paris, France (Sciences Po), as well as a bachelor’s degree in government and international relations from Universidad Externado de Colombia. She is fluent in English, French and Spanish, and tweets at @AnaCaroGE.