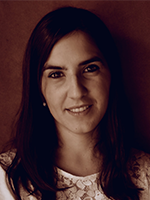 Social Sharing
As part of the Research, Data and Learning team, Margarita oversees NRGI’s global academic partnerships and global online and residential courses. She supports the work of NRGI’s regional knowledge hubs across the world and helps regional and global staff expand and systematize approaches to building capacity through advising on program design, developing stakeholder specific curriculum, and collating experiences of best practice.

Before joining NRGI she spent 10 years working as a researcher and professor with several management positions at different Latin American universities and as a consultant for public and multilateral institutions, such as UNDP, UN Women and International IDEA. She recently spent time as visiting researcher at the Latin American Centre of the University of Oxford and at the School of Politics and International Relations of Queen Mary University of London.