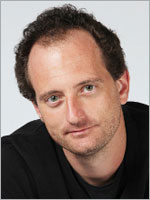 Matthieu has worked on governance and anticorruption issues for 15 years, including more than 10 years based in Southeast Asia. He was previously the international senior advisor for Vietnam’s Towards Transparency (Transparency International’s official Vietnamese affiliate). Prior to that, he served as the anticorruption advisor for the Embassy of Sweden/SIDA in Hanoi. He also worked as a program officer for Transparency International France in Paris and for the National Democratic Institute in Algeria.

At NRGI from early 2012 and based in Jakarta, Matthieu was in charge of supervising a three-year USAID-funded IKAT partnership project on extractive industry governance in the Asia Pacific region. He led on project administration, coordination and strategy; providing technical assistance to Indonesian co-implementing partners and regional partners from Cambodia, Malaysia, the Philippines, Timor-Leste and Vietnam. In parallel, since mid-2012, Matthieu led NRGI’s involvement in Myanmar. He was in charge of NRGI’s Myanmar pilot activities, engaging with local civil society, government, parliamentarians and media. Matthieu relocated to Yangon in mid-2015 to lead NRGI’s new programming there. Since mid-2017, now based in Paris, Matthieu continues to support NRGI’s work on anticorruption, EITI and civil society partnerships, in Francophone Africa and the Middle East and North Africa. since October 2022, Matthieu is also NRGI's acting covernance programs director.

Matthieu graduated from Sciences Po and from the Sorbonne (University Paris I) in history and political science. He published on contemporary Vietnamese politics and society.

Constellation of Crises: Why Tackling Extractive-Sector Corruption Is Crucial in 2023

CSDD Directive: Is the EU Opening the Door for Corruption?

How to Fight Corruption in Transition Mineral-Producing Countries: A Must for Meeting Climate and Energy Transition Goals

Boom or Bust: Will Mineral-Rich Countries Benefit from the Energy Transition?

A Call to Action: Advancing Civic Space in the Extractive Sector