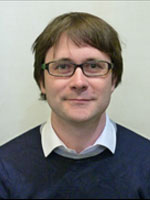 Social Sharing
Robert works on advocacy, research and technical assistance on contract transparency, licensing and suppliers. He helped develop the Natural Resource Charter Benchmarking Framework and has authored several publications including Beneath the Surface, which makes the case for greater oversight of extractive industry suppliers.
Prior to joining NRGI, Robert worked on the Carter Center Access to Justice and Governance Program in Liberia and as member of the Carter Center Conflict Resolution Program in Atlanta. He has also worked on access to justice projects in Namibia and on farm forestry projects in India. Robert holds an M.S. in human rights from the London School of Economics and Political Science and a B.S. in politics and philosophy from the University of Bristol. He is based in New York.

Beneath the Surface: The Case for Oversight of Extractive Industry Suppliers

EITI Mainstreaming: Opportunities and Risks for the Role of Civil Society in EITI