The government should use revenues as an opportunity to increase the efficiency of public spending at the national and sub-national levels.

Much cash has flowed into Chad’s government treasury from resource extraction—70 percent of government revenues come from oil. However, rather than translating this into human development, money has instead been spent on security services totaling 18 percent of the budget. The result is a growing stock of debt and 184th in the ranking of countries in the Human Development Index.
—Africa Progress Panel, 2013.

In countries with weak public spending bureaucracies and small economies, effective investment can be challenging. First, government bureaucracy may be too small to manage larger budgets, requiring more project selection and assessment. Second, high expenditure of resource revenues can affect the wider economy, causing inflationary pressures, and thus may reduce the value of the revenues. Third, resource extraction may increase inequality: leading to public calls for reform or, at the extreme, conflict. Finally, poor transparency and accountability can lead to high rates of leakage throughout the spending process.

Without active management, the inflow of revenues can harm rather than help a country. Fortunately, while resource revenues are a threat in this regard, they can also provide the opportunity to move countries out of a state of weak bureaucratic capability and build the absorptive capacity of the economy.

Improvement in public spending management can take the form of both an increase in the capacity to choose appropriate spending plans, and incentives for institutions to make decisions without political interference. In countries with low institutional capacity it may be politically easier to introduce improved, stricter management rules for new spending projects than to reform existing spending. Governments should aim for the following in their public financial management systems.

Nigeria reformed its public procurement process in 1999. Previously, on average US$300 million was lost each year in corrupt practices. Since reform the federal government has saved an estimated US$1.5 billion between 2001 and 2007 in the form of reductions contract prices.
—Ngozi Okonjo-Iweala and Philip Osafo-Kwaako, 2007.

Resource extraction, and the investment and spending it generates, can often have the indirect effect of driving up the costs of public investment to levels higher than global norms. Proactive public policy can reduce these costs and improve the economy’s capacity to absorb increased investment.

Tangled Web: The Role of Oil, Gas and Mining in Funding Regional Governments in Indonesia

END_OF_DOCUMENT_TOKEN_TO_BE_REPLACED 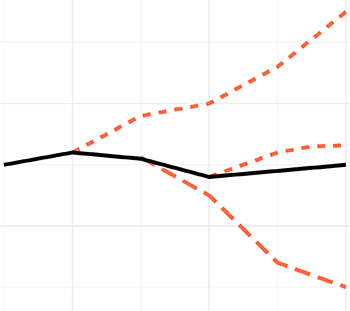 END_OF_DOCUMENT_TOKEN_TO_BE_REPLACED

P1
Precept 1: Strategy, consultation and institutions
Resource management should secure the greatest benefit for citizens through an inclusive and comprehensive national strategy, a clear legal framework, and competent institutions.
P2
Precept 2: Accountability and transparency
Resource governance requires decision makers to be accountable to an informed public.
P3
Precept 3: Exploration and license allocation
The government should encourage efficient exploration and production operations, and allocate rights transparently.
P4
Precept 4: Taxation
Tax regimes and contractual terms should enable the government to realize the full value of its resources consistent with attracting necessary investment, and should be robust to changing circumstances.
P5
Precept 5: Local effects
The government should pursue opportunities for local benefits, and account for, mitigate and offset the environmental and social costs of resource projects.
P6
Precept 6: Nationally owned resource companies
Nationally owned resource companies should be accountable, with well-defined mandates and an objective of commercial and operational efficiency.
P7
Precept 7: Revenue distribution
The government should invest revenues to achieve optimal and equitable outcomes, for current and future generations.
P8
Precept 8: Revenue volatility
The government should smooth domestic spending of revenues to accommodate revenue volatility.
P10
Precept 10: Private sector development
The government should facilitate private sector investments to diversify the economy and to engage in the extractive industry.
P11
Precept 11: Roles of international companies
Companies should commit to the highest environmental, social and human rights standards and contribute to sustainable development.
P12
Precept 12: Role of international community
Governments and international organizations should promote an upward harmonization of standards to support sustainable development.