Four Ways Supreme Audit Institutions and EITI Can Bolster Each Other

The board of the Extractive Industries Transparency Initiative is meeting in Oslo this week to discuss, among other issues, the mainstreaming of extractive sector reporting. As focus moves away from EITI reports to governments’ own systems, it is important to examine the initiative’s relationship with key domestic actors like supreme audit institutions. 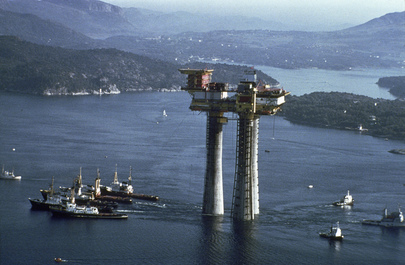 Supreme audit institutions (SAIs) and EITI have a lot in common. Both involve reconciling extractive sector accounts. Both work across the resource governance decision chain. Both hold themselves and others to high technical and ethical standards. And both are focused on ensuring public resources are managed well and in citizens’ best interests.

Not enough is known, however, about how SAIs and EITI can bolster each other’s important and complementary work.

NRGI staff have supported EITI since the beginning of the initiative, and EITI-related analysis, technical assistance and training is a key component of many of our country programs. But when we asked some NRGI colleagues how national audit offices (or courts or boards, depending on the country) had come up in their EITI work, none could point to a clear example.

So we asked a few people at the EITI secretariat. Luckily, they were able to share some examples of SAI involvement in standard-setting, quality assurance and even some direct engagement with EITI processes (more on this below). They also mentioned that this is an area they are starting to explore themselves, with SAI representatives participating in a November 2017 conference in Cameroon.

Then, during a recent meeting with the Ghanaian Audit Service, we had the chance to test some of our ideas about how to strengthen the links between SAIs and EITI.

It is clear that there is a lot of potential around these links. Here are a few of the biggest opportunities that we see so far, with some caveats:

As long-standing supporters of EITI and somewhat new and deeply committed advocates for SAIs taking a more active role in resource governance, NRGI is keen to explore ways to maximize the relationship between these two important parts of the accountability ecosystem.

Dana Wilkins is a capacity development officer with the Natural Resource Governance Institute (NRGI). Edna Osei-Appiah is an Africa associate with NRGI.

Why Supreme Audit Institutions are Guardians of Resource Governance