February 2017 News and Analysis from NRGI 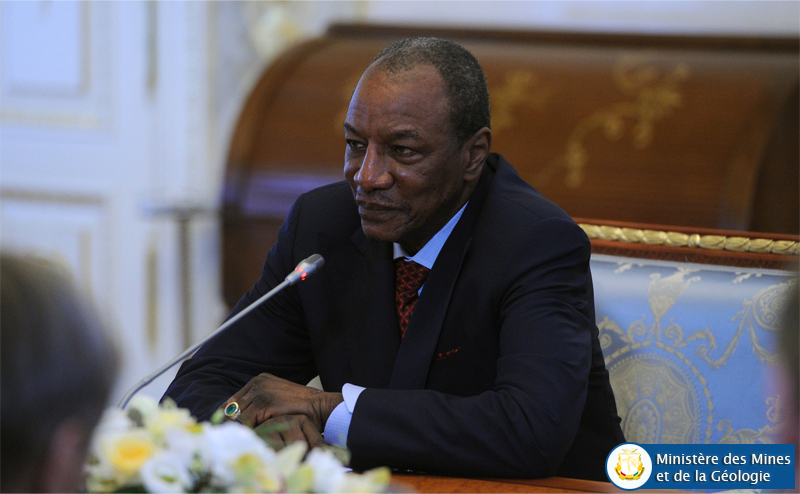 NRGI president and CEO Daniel Kaufmann told attendees at the Responsible Mineral Development Initiative in Conakry last week that it is important to recognize Guinea’s governance achievements over the past eight years ago or so—the country is on an overall positive trajectory. But citizens have not yet fully benefited from the country’s natural resources. Read Kaufmann's blog post on the roundtable in English or French.

Developing a Strong Mining Divestment Rule in Indonesia
The key part of the Indonesian government's efforts to exert greater sovereignty over the mining sector is the “divestment rule,” which mandates that foreign mining companies divest increasing portions of equity to Indonesian government authorities, state-owned enterprises and companies. This policy paper (in English and Bahasa Indonesia) evaluates costs and benefits of the divestment rule for Indonesia and provides eight recommendations to the government.

Mongolia Macro-fiscal Model
This model was developed to project a baseline scenario of mineral-rich Mongolia's economy and describe how different shocks or policy changes would impact the trajectory of key macroeconomic and fiscal variables over a 30-year horizon.

Journalist Deep Dive on Corruption in Tanzania’s Extractives Sector
NRGI is calling on journalists and media covering the extractive sector in Tanzania to attend a five-day deep dive on corruption. The workshop will equip participants with the knowledge and skills to identify potential corruption risks in license allocation and develop stories with an investigative angle. The deadline for applications is 17 March. 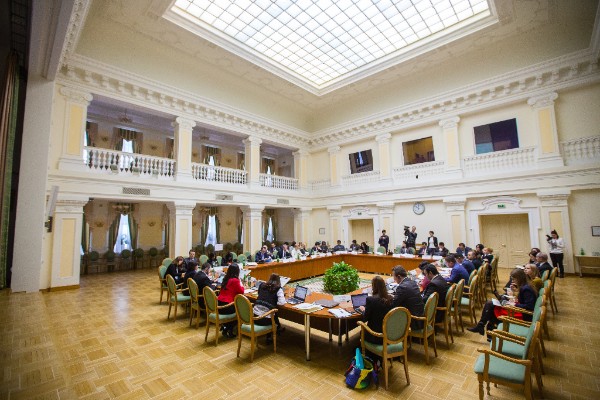 This month in Kiev, representatives of civil society representatives, governments and international organizations participated in a regional event on open government jointly organized by the government of Ukraine and NRGI, with support from the International Renaissance Foundation and the Open Government Partnership. It was the first such event in the region. This blog post highlights takeaways from the gathering.

Institution-building, Governance and Compliance in Brazil: Politics, Policy, and Business
This event brought together leading practitioners, scholars and high-profile public officers to discuss the effects of Operation Carwash in Brazil's current and future institutional framework. It was organized by Columbia University and the New School for Social Research in New York. (Click on "Roundtable" in Day 2's schedule to watch the discussion featuring NRGI's Daniel Kaufmann.)

Tax Loss For Chile a Net Gain For Antofagasta Shareholders
A recent incident involving Antofagasta shows that there are far too many loopholes multinational companies can use to avoid paying taxes. (Read this blog post in Spanish.)

Informal Mining is the Next Big Challenge for Colombia Peace Process
The creation of a land bank that would redistribute FARC-occupied territory as reparations to victims of Colombia’s decades-long armed conflict is an important component of the country’s peace accords.

Why is Venezuela’s Oil Sector So Shattered?
For oil-dependent Venezuela, the drop in oil prices since 2014 has been hard. Combined with the collapse in production, it has created an unprecedented economic crisis. 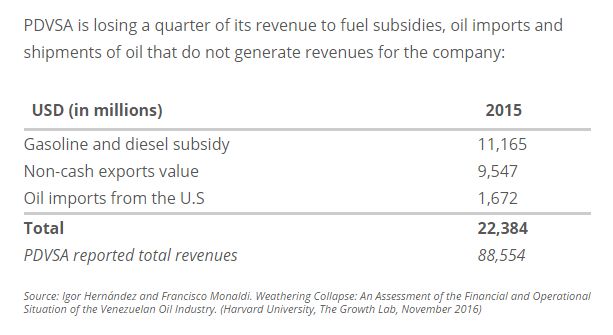 Natural Resources for Sustainable Investment: the Fundamentals of Oil, Gas and Mining Governance
It's not too late to sign up for this free online course, which outlines the various complex and interrelated aspects of natural resource governance and is open to learners of all levels of experience. The course is offered in English, with transcripts of lectures available in French and Spanish. Register now.

NRGI in the news and on the web

The House Kills an Anti-Corruption Measure
The Atlantic

Where Would Rex Tillerson Stand on Oil Corruption?
ClimateWire

Senegal's Energy Finds: One Year On
This is Africa (Financial Times)

ГП: Good Practices of Transparency from 10 Countries of Eurasia are Presented in Kyiv
Громадський Простір (Ukraine)